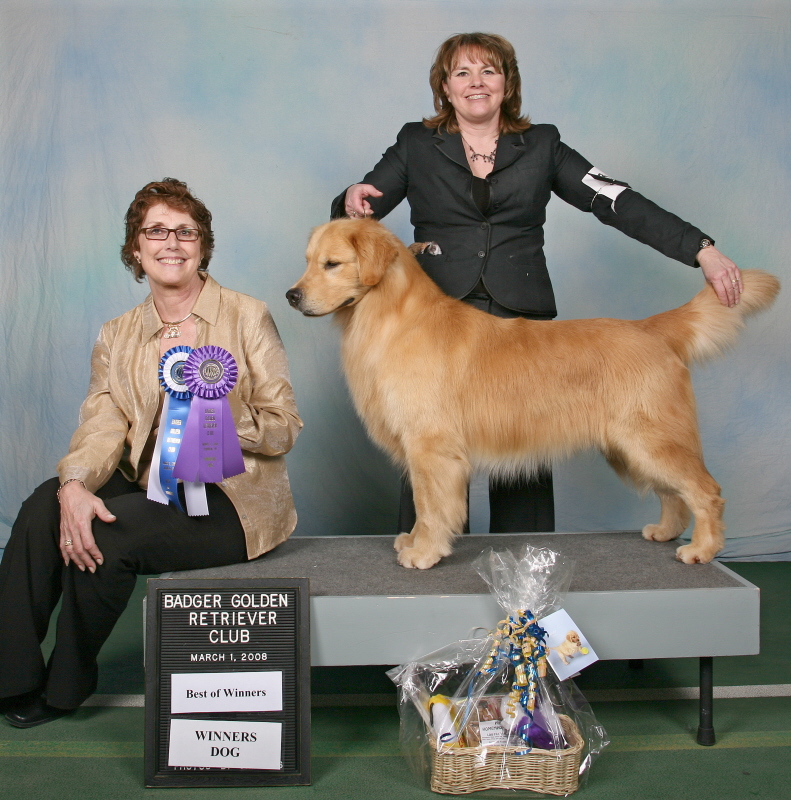 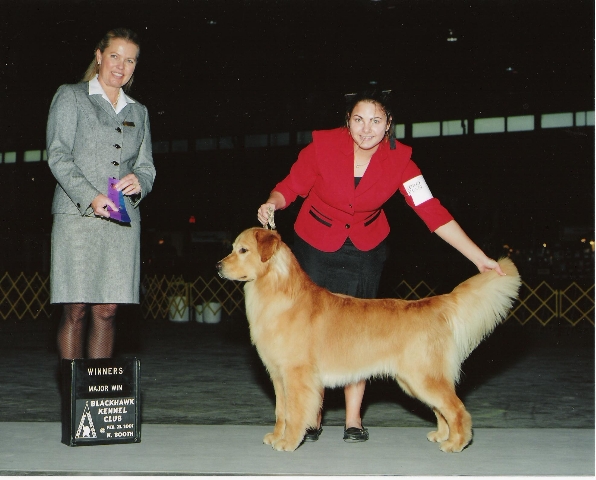 Achievements:
When Drummer’s owner (Melissa) called and said that she had to start working weekends, I jumped in and asked, “Will you send Drummer to me, I will show him? So, Drummer came from Ohio to me in February
with one major and two single points.
Since then, we have had a wonderful few months together…….

Drummer is a puppy out of my “Christmas Song” litter.
This litter was an extra special surprise to me. Not having a boy around here for quite some time
I got reminded that males mature faster than I realized. Noah being a young boy at only 8 months old
sired this litter to my disbelief! He didn’t even lift his leg yet!!! So off I went to all the various vets
to get clearances. Thank the Lord, he passed everything and his pre-lims on his hips were good and
elbows normal-Whew, what a relief! So, I believe Drummer is a gift, he is a beautiful puppy that was
not planned out by looking at pedigrees or doing progesterones. But since Drummer was born a few days before Christmas, he was my present from above.

Drummer is owned by Melissa Harless and co-owned by me. 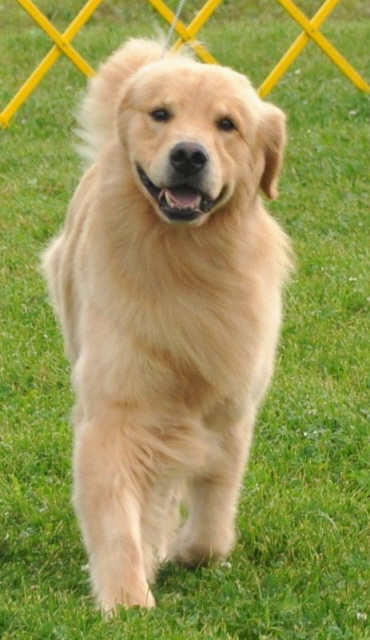 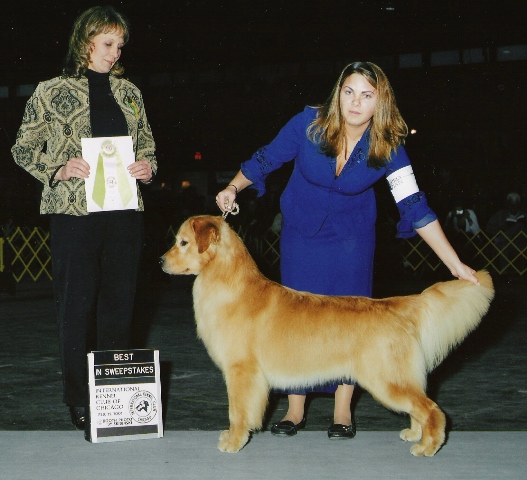