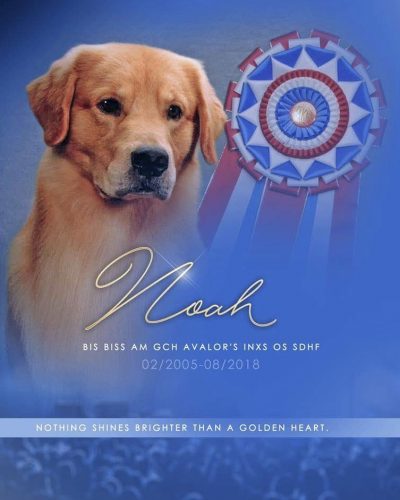 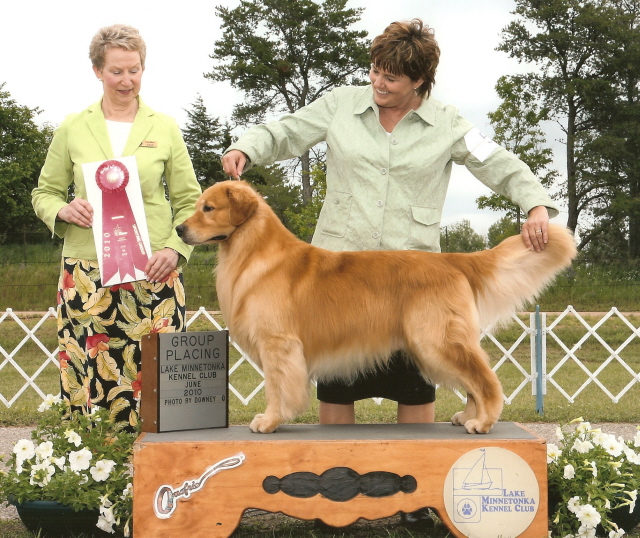 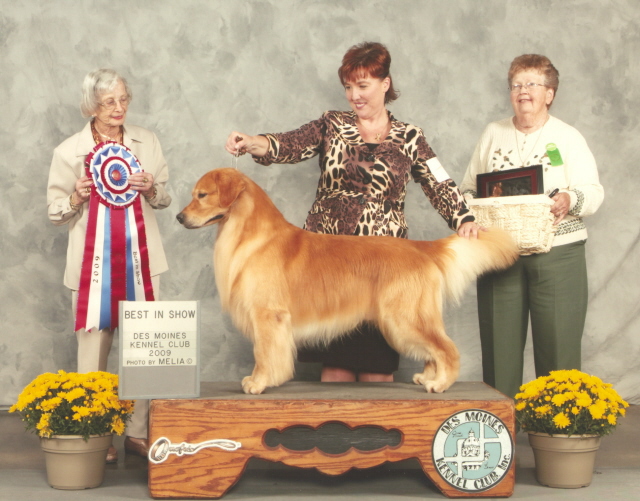 Achievements:
Noah was one of those puppies that I just had a gut instinct that he was going to be some boy! His second weekend of showing he got Best Puppy, Puppy Group 1, and on to Best in Show Puppy!

Next was the 2005 National, Noah made the cut in sweeps and made two cuts in regular. He ended up being one of the last ten 6-9 puppy boys in the ring.

Noah welcomes everyone into our home (people and dogs). He has a good temperament, wonderful structure, beautiful movement and is a great dog to live with.

Noah is 23 1/2 inches tall and is a rock hard 76lbs. He is very balanced with a great front assembly. Noah has abundant wash and wear coat, (I can even show him when he has totally blown it!)

His head and expression are very pleasing and he has a nice small ear. In his puppies, he has been improving fronts, bone, head, coat, and movement.

Noah loves to retrieve and go running with me when I drive the 4-wheeler in our fields.

At the present time Noah has recieved many Groups 1’s by many respected judges: A. Krause, Jim Reynold’s, Eugene Blake, Judith Goodin, Ann Hearn, Houston Clark and others. 4 Best in Specialty wins and a Judges Award of Excellence from Elliot Weiss at the 2008 Eukanuba Champonship.

September 5th, 2009, BEST IN SHOW! Des Moines Kennel Club around 1200 dogs entered in the show with over 100 Golden Retrievers! 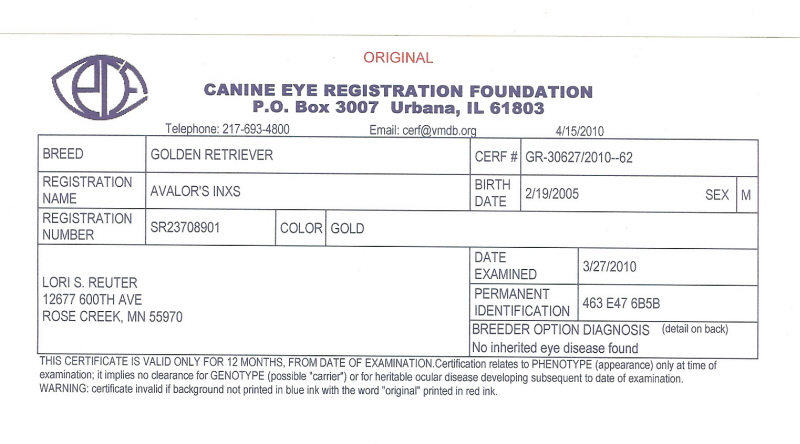 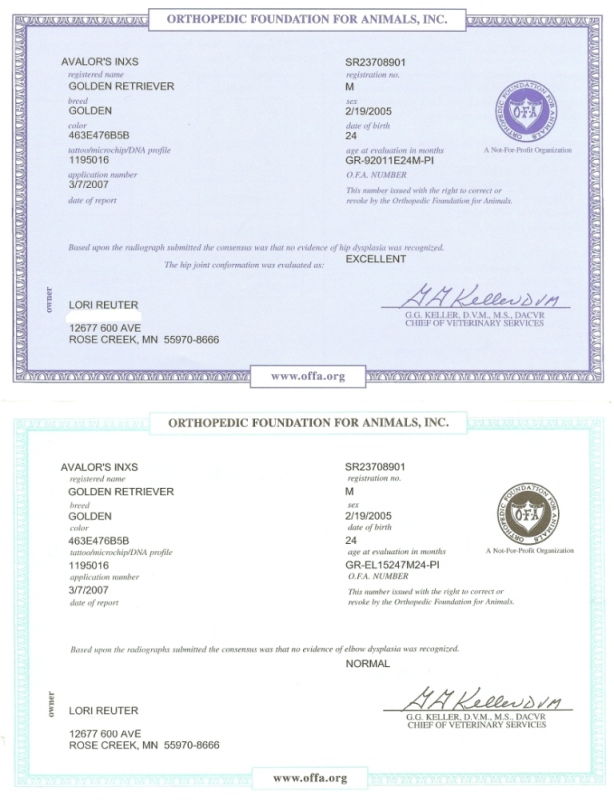 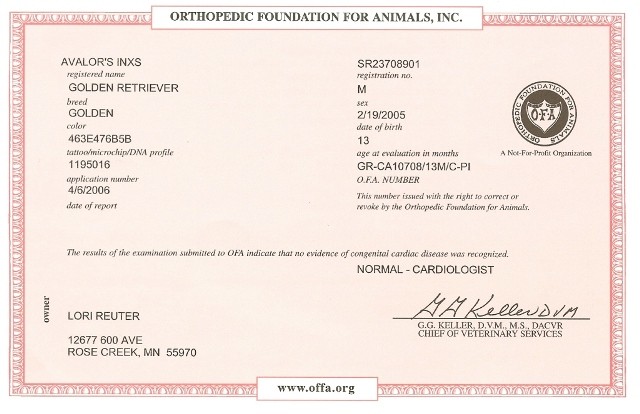 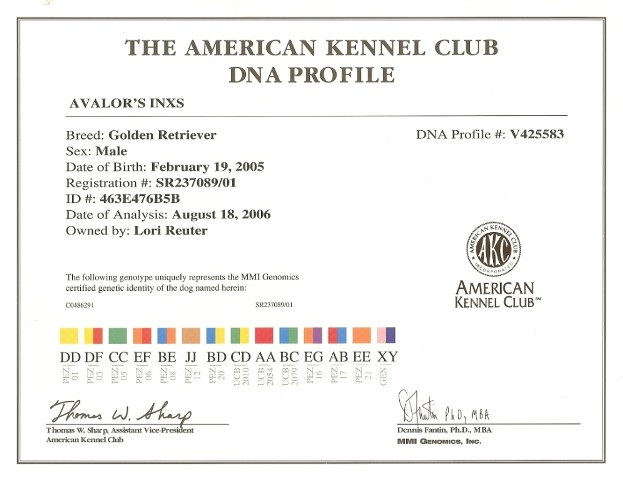 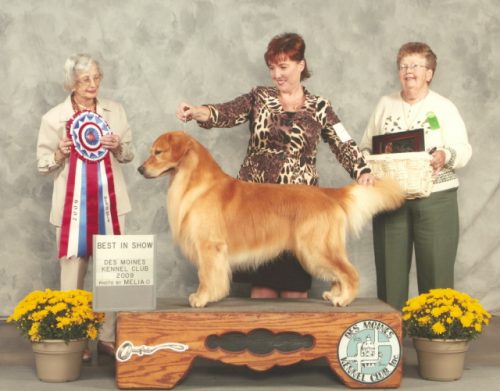 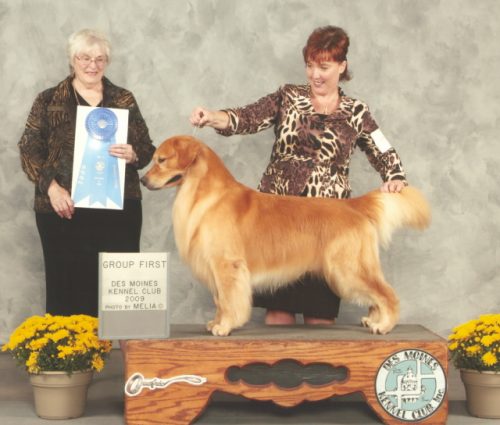 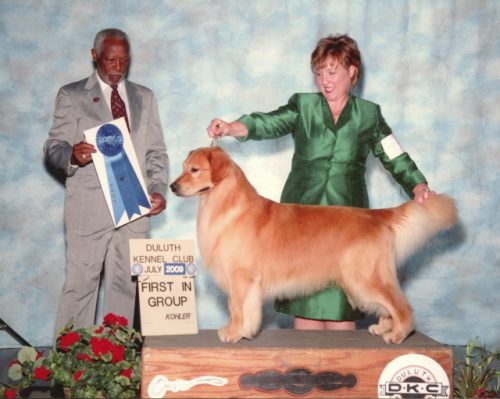 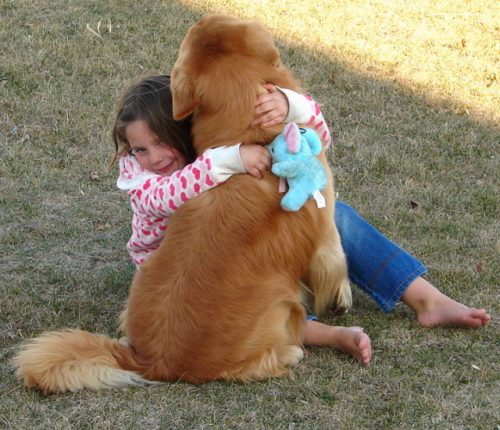 Noah may be a “Show Dog” but at home, he is part of the family! 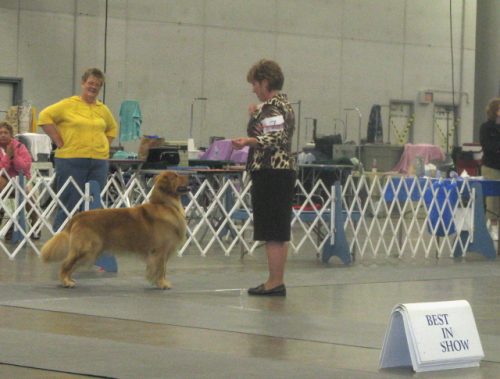