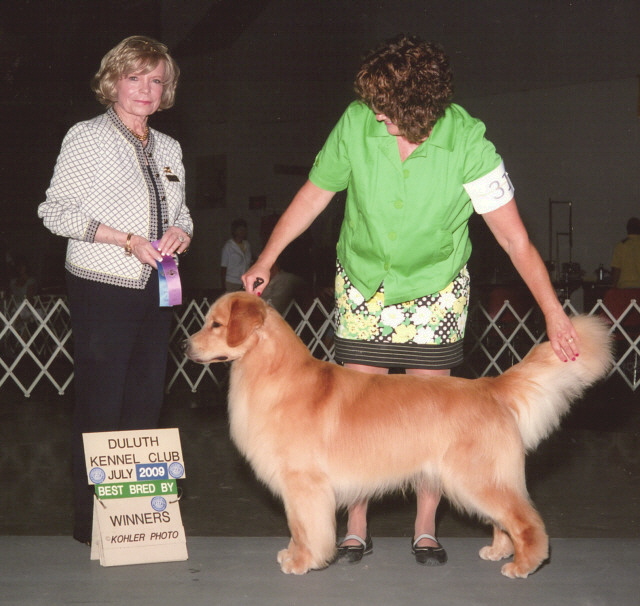 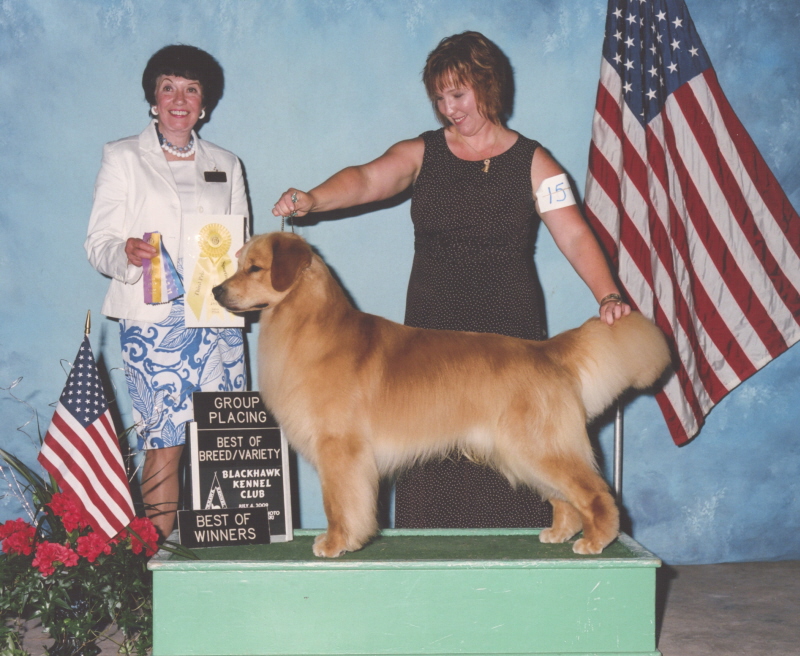 Zac’s first show was at the 2008 National Specialty in Rhode Island on September 23rd!
Wow! What a show! Little Zac was a clown only being 6 months and 2 days old on his first day in the ring! The judge really liked him and gave him 4th place in sweepstakes. The next day he showed in regular classes and he acted even sillier! He would sit every time the judge would come by him or even look at him. Well, she put up with his antics and moved him up to 2nd place. Not too bad for his first National or first time in the ring!
I am really looking forward to showing Zac this year and seeing what a beautiful boy he will turn out to be. Zac has the sweetest temperament just like his half brother Noah, they are also best friends.
Zac started showing with Kristi Falkenthal and in a few weekends was all singled out. Now to find those majors!
February 19th, 2010 Des Moines Golden Retriever Specialty WD for his first 5 point major! February 20th, 2010, Zac got his second 5 point major and earned the title of New Champion!
Thank you Kristi and Deb for your hard work and love!